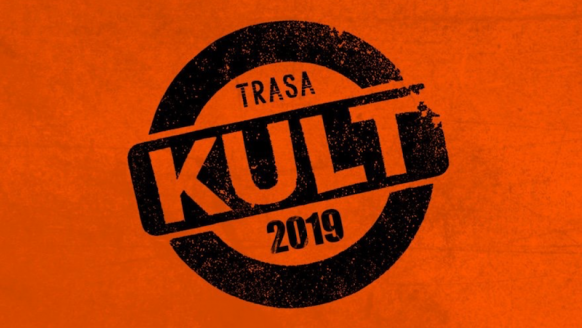 Dana Immanuel and the Stolen Band are a banjo-whacking, guitar-shredding, fiddle-sawing, foot-stomping, whiskey-soaked, all-female assault on the senses. Since 2014, this London-based ladyband have been delighting diverse crowds spanning the blues, rock, Americana, indie, folk and country scenes with their high-energy live show and utterly unique brand of musical badassery.

Following a degree at Oxford and stints busking on the London Underground and travelling the world as a freelance itinerant poker journalist, leftfield songwriter and self-proclaimed banjo queen Dana found herself in a lonely rut. Cursed with an incredibly short attention span, she devised a cure for her predicament: she would devote herself to finding the sickest, virtuoso-est, jaw-dropping-est female musicians from around the world, and persuade them to join her on her musical odyssey. The result: Feadora Morris (unhinged electric guitar), Hjordis Moon Badford (gymnastic cajon and technicolour harmonies), Karen Grymm Regester (glitter-sprinkled double bass) and Basia Bartz (fiddling fit to watch Rome burn by). All shamelessly poached away from other projects, together they formed the Stolen Band.

Having collectively found their purpose, Dana and the Stolen Band flung themselves into life on the road, touring extensively across the UK and Europe. Playing venues from the Barfly to Union Chapel, and a myriad festivals including Glastonbury, Boomtown and Country 2 Country, the five-piece powerhouse that is the Stolen Band take pride in their mission to astound audiences, confound stereotypes and transcend genre labels wherever they go, and never, ever, fail to get the party started. 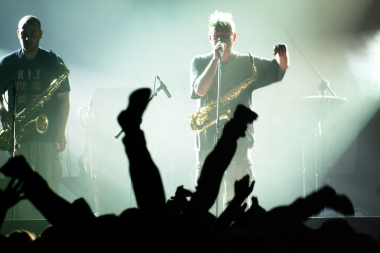 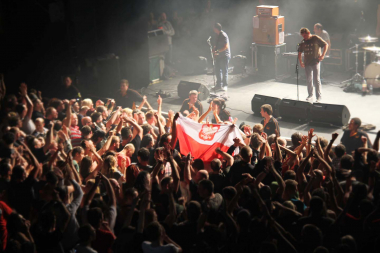 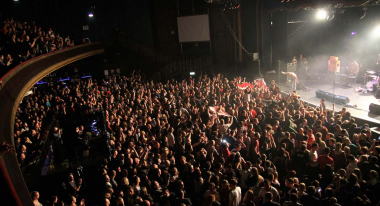 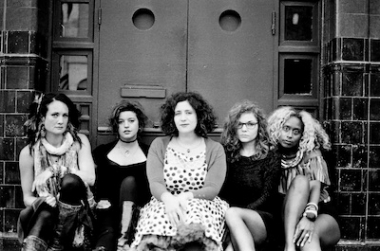 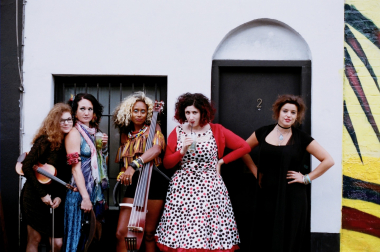